The military and war crimes of Armenia’s political and military leadership are continued, said Assistant to the President of Azerbaijan, Head of the Foreign Policy Affairs Department of the Presidential Administration Hikmat Hajiyev.

According to him, rockets have been launched from Armenia’s territory on Azerbaijan’s Ganja city by the Armenian armed forces.

H. Hajiyev said the Armenian armed forces deliberately and in a targeted manner have shelled Terter city and Horadiz city of Fuzuli region from using heavy artillery and rockets.

"Once again rocket was launched from Armenia’s territory on residential settlements in the direction of Azerbaijan’s Fuzuli and Jabrail regions.

As a result of these attacks of Armenia, there are mortal and injured casualties among civilians.

During the recent days, over 10.000 pieces of missiles and rockets of various types were launched on Azerbaijan’s densely populated residential settlements. Over 500 individual residential houses were completely destructed or seriously damaged. 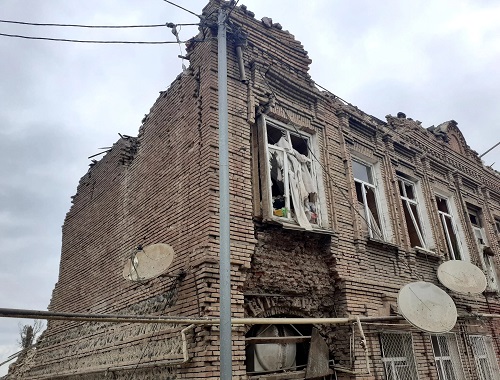 In the course of the military operations, combatants and civilians, military facilities and civil facilities should be clearly differentiated.

The massive bombardment of Azerbaijan’s residential settlements by Armenia without any military necessity doesn’t bear occasional character and is implemented in purposeful way.

The systematic bombardment of residential settlements by Armenia indicates the fact that this plan has been prepared preliminarily and has been included in combat and firing preparation program of the Armenian armed forces.

The Azerbaijani side warned Armenian military leadership to avoid from firing residential settlements and civilian people through artillery and rockets for many times through relevant international organizations, guided by international humanitarian law and Geneva Convention. They did not follow it and demonstrated hypocrisy for the next time. It clearly shows once again that Armenia’s purpose is deliberately targeting civilians.

Most of artillery and rocket attacks are carried out from artillery bases nearby Khankendi city.

Armed forces of the Republic of Azerbaijan destroy the firing stations with targeted and exact fires and take adequate measures in order to provide safety of civilians.

In order to provide sustainable peace in the region Armenian troops should be completely withdrawn from occupied territories of Azerbaijan in accordance with resolutions of the UN Security Council”, stressed H. Hajiyev. 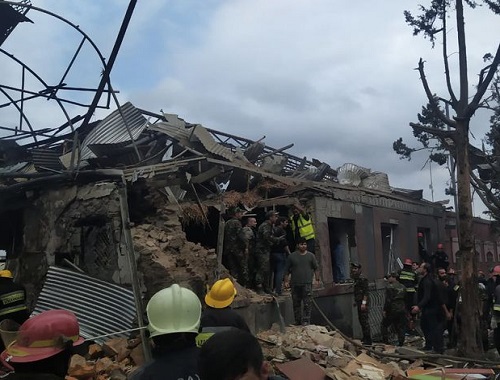 "Leader of unrecognized so-called "Republic of Nagorno Garabagh" Araik Arutunyan has announced start of strikes to military facilities in Azerbaijani cities. Is not it terrorism by chance?", Editor-in-Chief of the National Defense magazine of Russia Igor Korotchenko, APA's Moscow correspondent reports.

According to him, strikes to civilian facilities and civilian people is not allowed: "Unfortunately, it is not possible to avoid it absolutely during military operations. However, issuing an official statement on starting strikes to the cities is crossing the red line, unequivocally Hague Tribunal."